What Is Emsculpt? Here's Everything You Need to Know About the Body-Contouring Treatment
I'd seen the pics on Instagram (athleisure-clad bodies brandishing Emsculpt paddles). I'd heard real talk from fellow beauty editors (one found the treatment too uncomfortable to endure; others described it as "odd" or "freaky"). And I'd read breathless testimonials from top dermatologists (including the notoriously skeptical ones, like New York City laser specialist Heidi Waldorf, who told me, "after just one session, my back felt better from the stimulation of deep abdominal core muscles, and the relief lasted for several days"). Still, I was dubious.
It simply sounds too good to be true: Emsculpt uses high-intensity focused electromagnetic energy to trigger what's called supramaximal contractions (the kind that cannot be achieved by voluntary muscle action). It's cleared by the Food and Drug Administration for the "improvement of abdominal tone, strengthening of the abdominal muscles, development of firmer abdomen, [and] strengthening, toning, firming of the buttocks." Oh, and there's no downtime. Of course.​​​​​​​​​​​​​​
It's the most recent device to enter the faddish nonsurgical fat-reduction fold. This category — which boasts veteran fat-freezer CoolSculpting, fat-melting lasers like SculpSure, and now the newcomer EMSCULPT is positively exploding, experiencing a near-25 percent boom in the last year alone, according to the American Society for Aesthetic Plastic Surgery. These technologies, it's worth noting, are intended to act as supplements to active, healthy lifestyles — not substitutes for mindful eating or regular exercise. And people are obsessed.
Emsculpt essentially causes 20,000 muscle contractions in 30 minutes.
Most taken with such procedures are women in the 35-to-50 age range — aka me. While I've always managed to stay slim-ish without a ton of effort (Pringles for dinner and a dormant NYSC membership were hallmarks of my 20s), two kids and a 40th birthday can change a gal. Today, my diet would qualify as relatively carb-conscious and clean — a Pringle hath not crossed these lips in quite some time — and I spin almost every day. I feel stronger. But there are aspects I'd like to tighten up. Which is precisely why these body-shaping tools are ruling the noninvasive realm.What sets Emsculpt apart from the pack is its duality: It not only implodes fat cells (for a 19 percent loss after four treatments), but simultaneously builds muscle fibers (by roughly 16 percent) for more defined abs and rounder rear-ends. One company-sponsored study even reported a 10 percent reduction in diastasis recti, the abdominal separation that occurs commonly in pregnancy. (Tummy tuck surgery can correct the problem completely.)​​​​​​​ 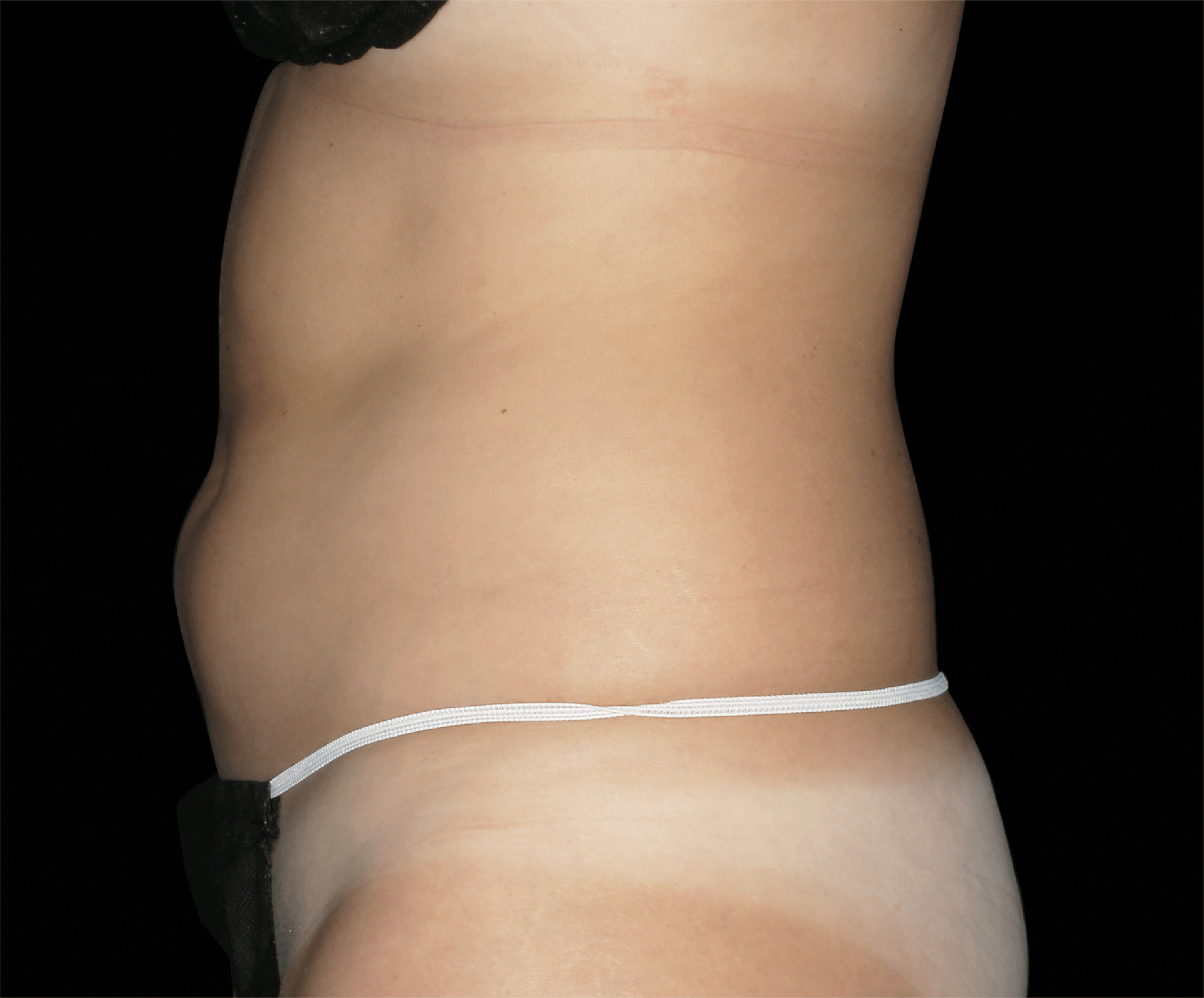 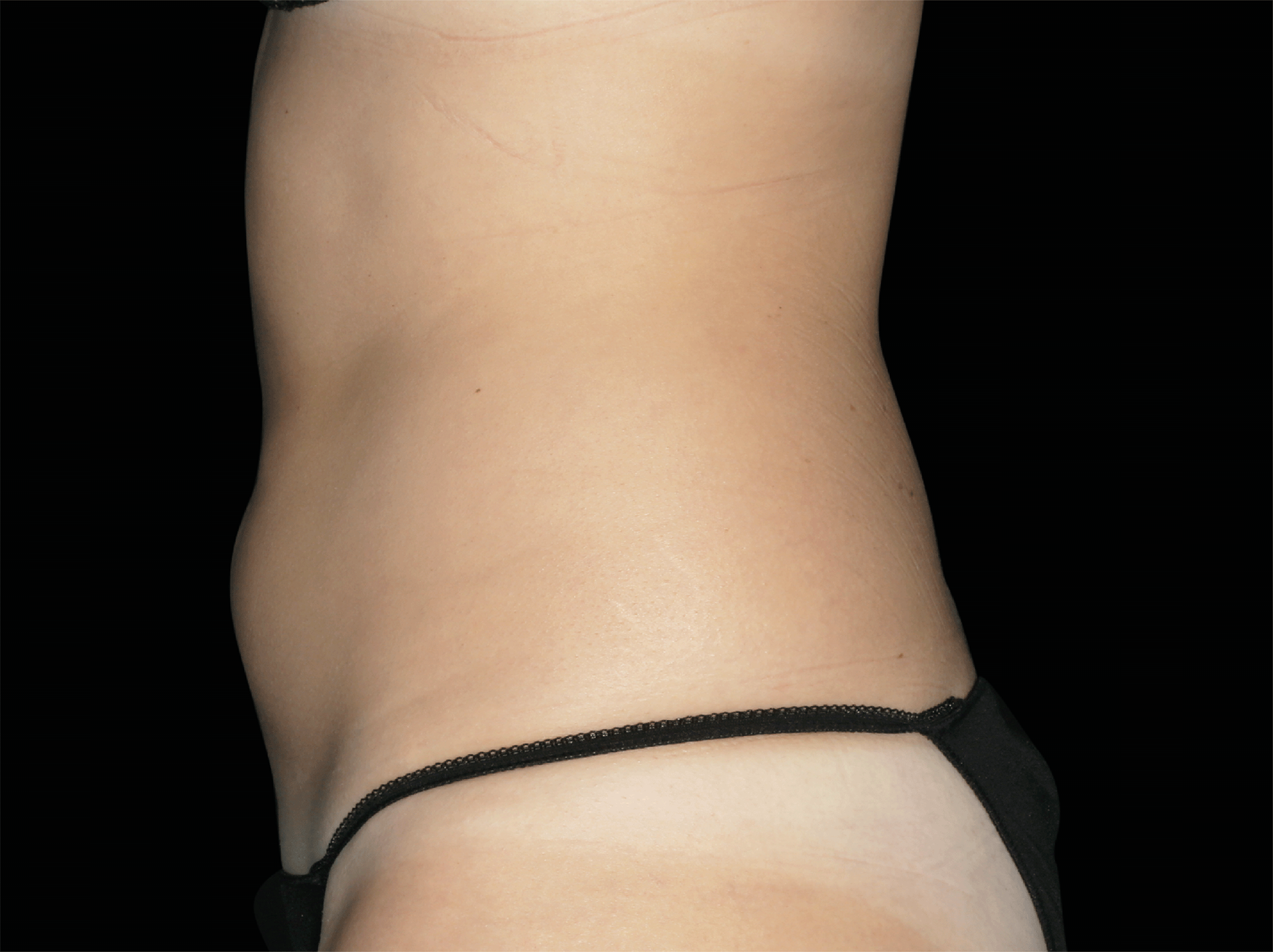 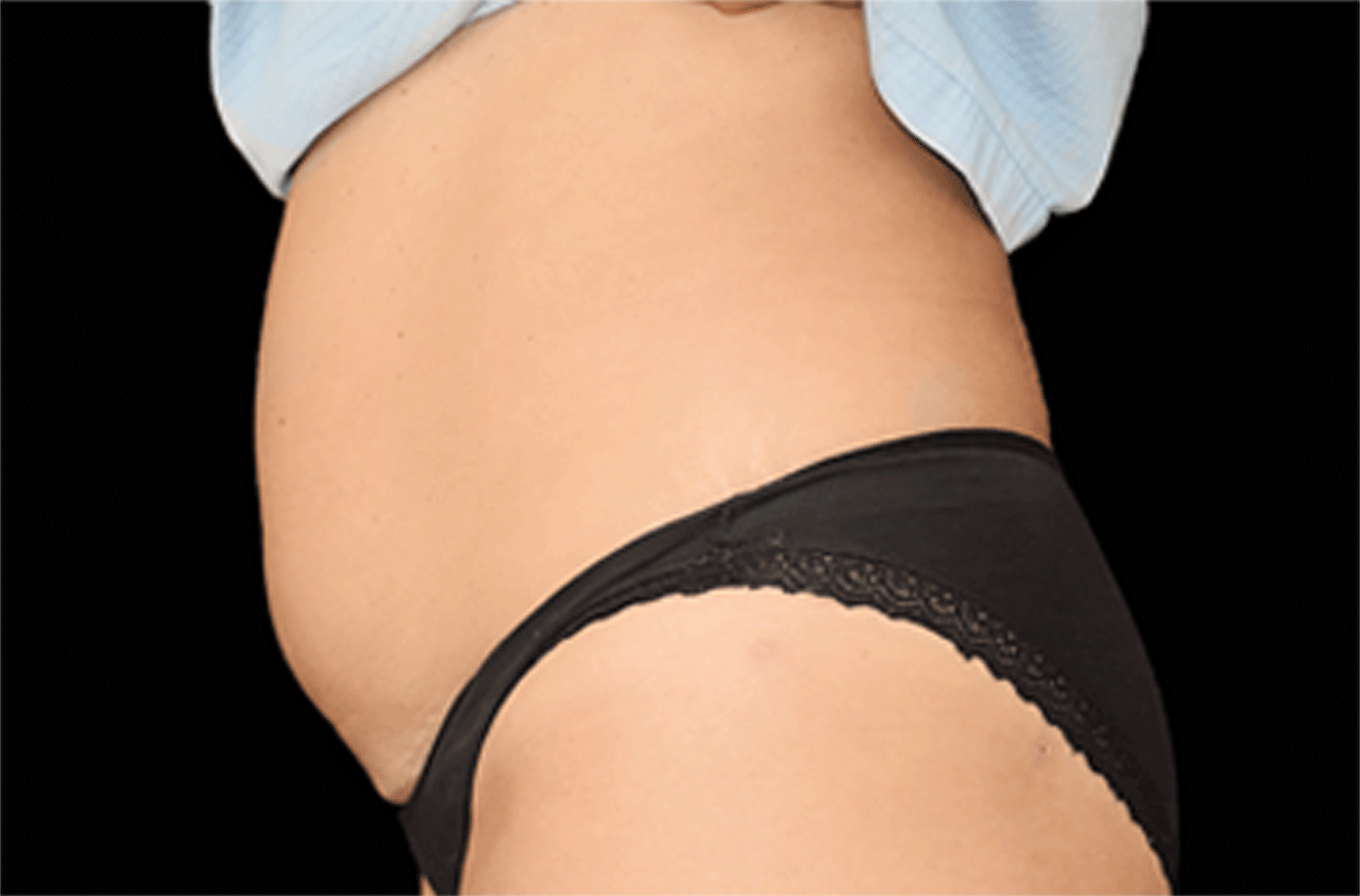 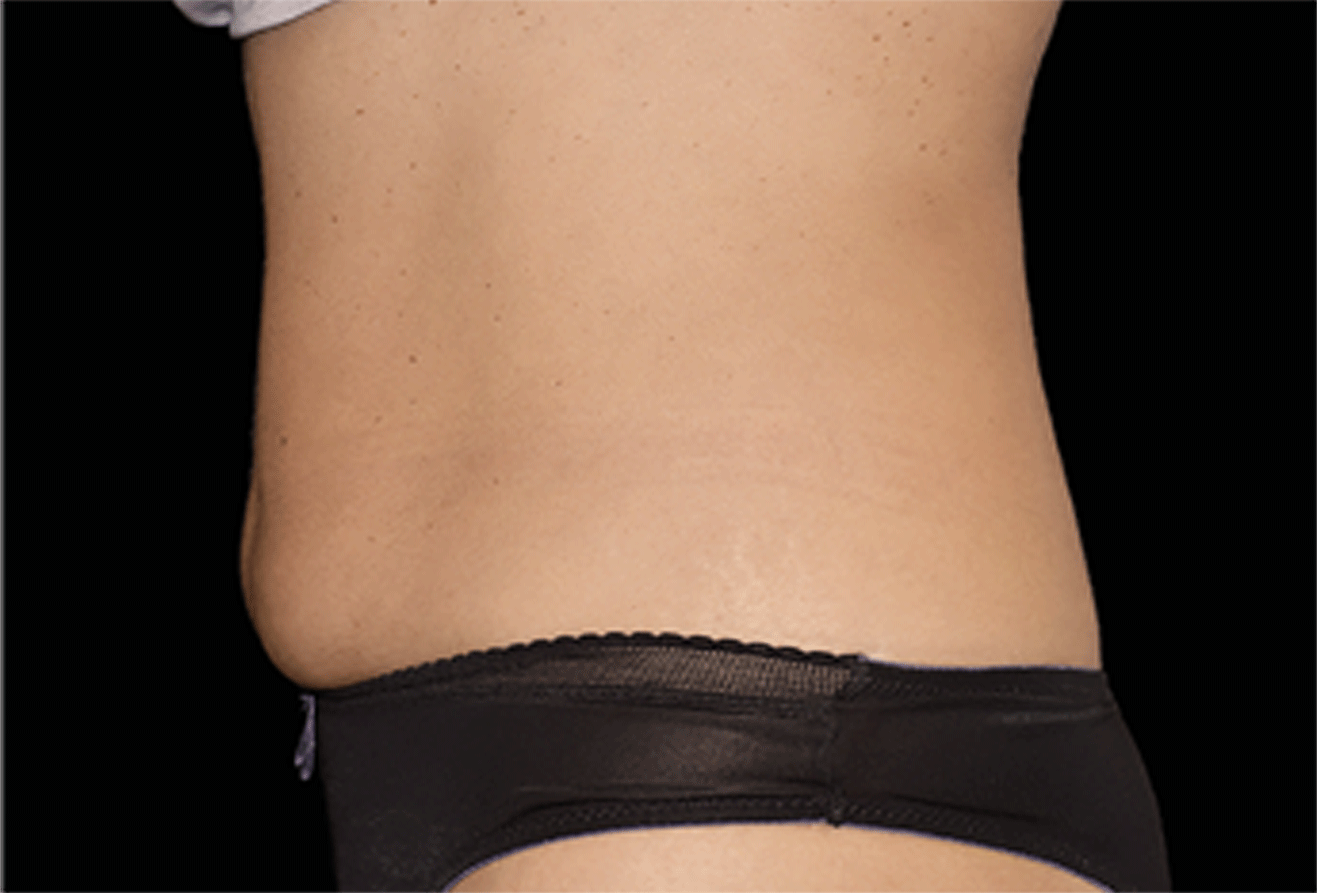 Yeah, yeah, yeah — but what does it feel like? According to the company: "Like an intensive workout." Except not, because you're lying down — not perspiring or panting or wishing for death to come, as one does during a killer sweat sesh. (Or is that just me?) Akhavan more accurately describes the sensation as "completely unnatural," adding that most everyone "gets a little scared at the two-minute mark," because it feels too wrong to be right.
More specifically, the 30-minute ab protocol cycles through three phases. The tangible difference between the first two is almost imperceptible, with the second being a smidge longer, and more pronounced than the first, as the machine is contracting the muscle "a thousand times in a couple of seconds" versus "a hundred times in a couple of seconds," Akhavan says. 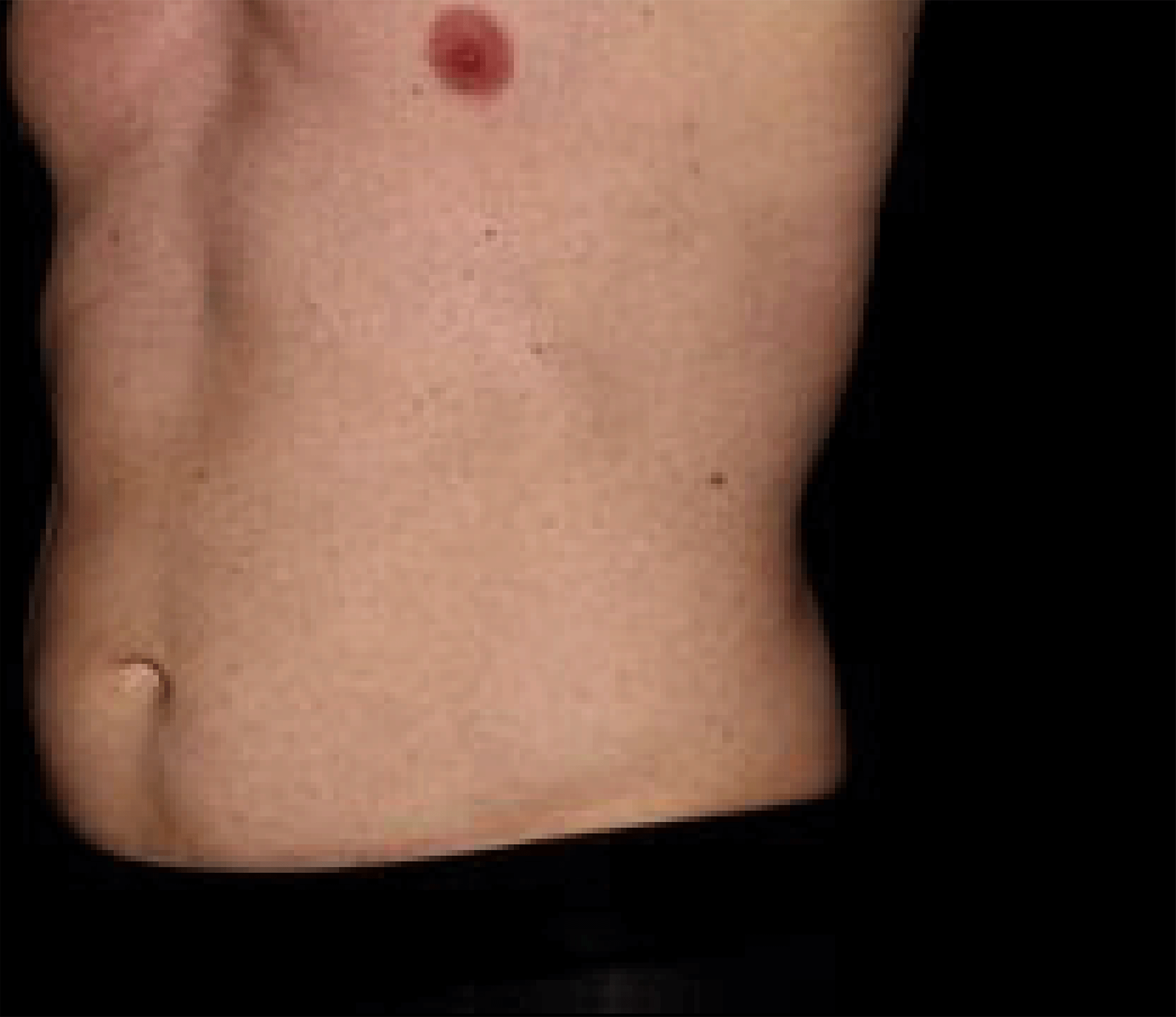 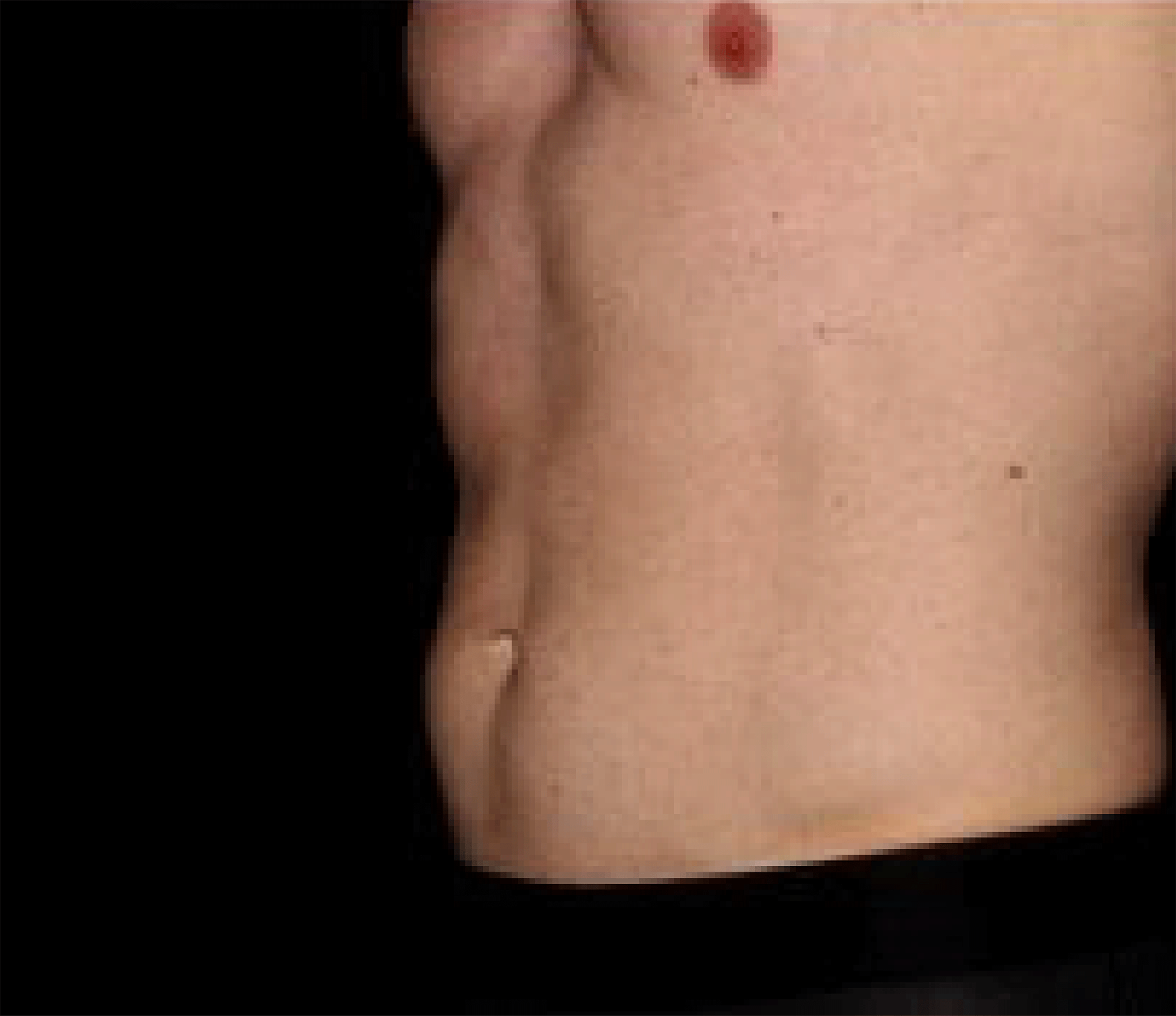 The device launches this way, and then the doctor slowly dials up the intensity of contractions based on patient preference and tolerability. What feels like a subtle tightening of the muscles and some mild TASER-like tingles at 10 or 20 percent intensity grows to an extreme gripping and upward pull with sharper zaps. You can actually see the muscles rise up from your abdomen, which, for me, was slightly reminiscent of late-term pregnancy, watching awestruck as my wild seven-pound boy somersaulted under my skin — really, really weird, as I mentioned at least a dozen times during treatment. I had to breathe through some of the waves, and found it hard to hold a conversation — and that was with me topping out at 50 percent power. (Rosing, now accustomed to the weirdness, starts most of his sessions at 100 percent after a few minutes for ultimate payoff.)​​​​​​​
The third phase of treatment is the most bearable, in my opinion; I welcomed the shift. What feels like a forceful tapping on the muscles results from a series of very slow, deliberate contractions (around 10 per second) designed to flush out any toxins or lactic acid unleashed by taxed-to-the-max muscles, "so there's no build-up, and none of the dangers of over-exercising," says Akhavan. And, truthfully, none of the pain either. I'm writing this 24 hours post-treatment, and feel zero discomfort.
"You essentially get the same look and feel that comes from exercising and dieting for six months."
The safety of the magnetic mechanics underlying the device has been supported by numerous studies over many decades, the company says. "There have been no serious adverse events ever recorded with Emsculpt," Akhavan notes.
But it should not be used by those with metal or electronics (like pacemakers) inside their bodies, as it could heat up the former and short-circuit the latter. (For similar reasons, you need to keep your phone a safe distance from the paddle, which makes me wonder about all those sports-bra selfies. Regardless, bring a book.) And it goes without saying (I hope), Emsculpt is not safe during pregnancy.

In The News: Allure Magazine
↑Back to Top